June saw me holidaying in Northumberland. Although the weather was poor I did manage a trip across to the Farne Islands. There were many Puffins and Arctic Terns and a fair number of raucous gulls and it was great to watch their antics. 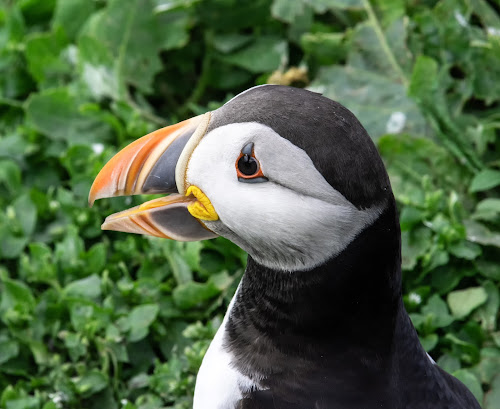 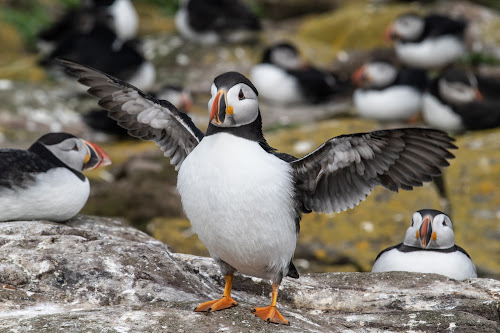 The gulls spent most of their time mobbing the Puffins, trying to steal the sand eels the Puffins had caught for their young.
The Arctic Terns took offence at people walking past their nesting sites and made this known by diving at the people's heads. 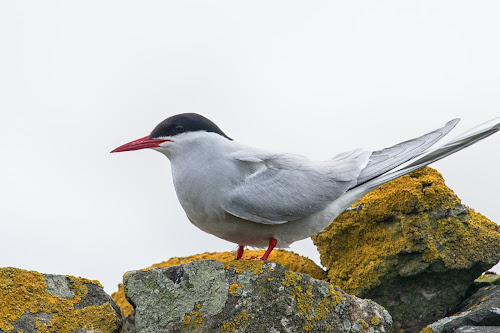 Back home butterflies were on the wing and insects on the blossom. 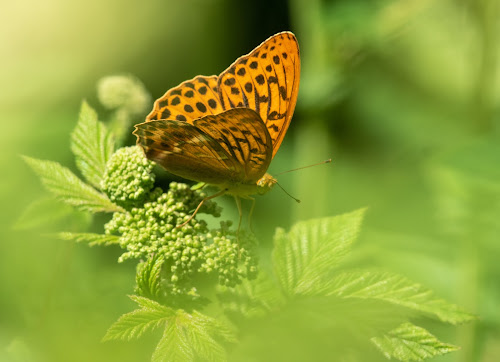 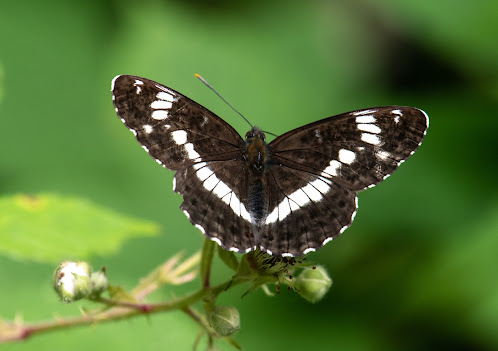