It's been a month for wildlife. I love this time of year when insects are getting about and birds are busy with young. I am very fortunate that I live overlooking the river and fields and have again been lucky to have a Barn Owl regularly hunting in the nearby field. One morning the owl was hunting very close to the river and I was able to catch a shot of him hovering above his prey.
The local conservation area gives me chance to photograph insects and I found this Pyrochroa serraticornis on some 'Goose Grass'. 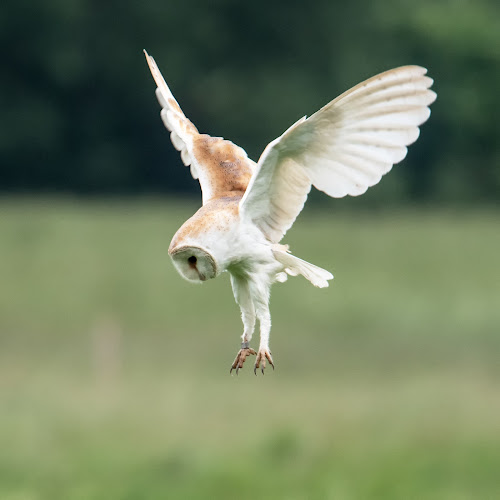 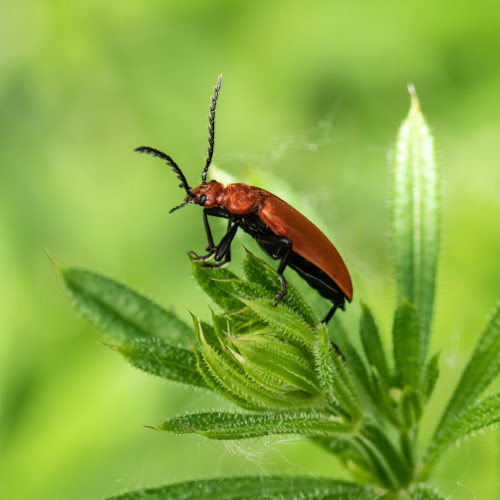 I sat and watched the Heron for a good while at RSPB MInsmere while it was trying to devour it's lunch. I took several photos as the eel wriggled and tossed and turned, and occasionally the heron would drop it and then quickly recover it again. When it became too gritty to eat it washed the eel in the river. Eventually lunch was served. 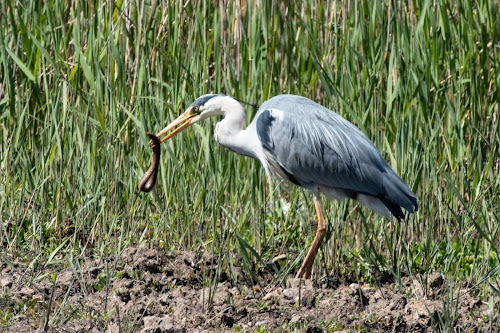 St Margaret's Church in Burnham Norton in Norfolk has a very unusual 15th century wine glass pulpit. It has six painted panels and managed to escape the 'wreckers' of the reformation. It is one of the best examples of wine glass pulpits in the country. 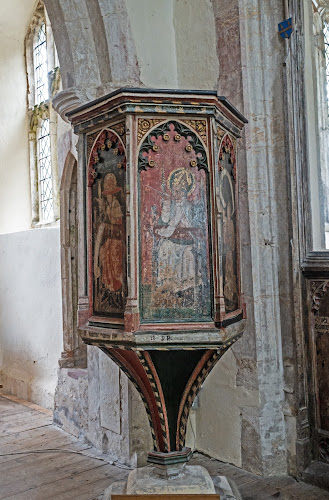