Ipswich Waterfront
The port of Ipswich has been in operation since Saxon times.  It is better known today as a place to visit for food, drink, live music and trips on the river Orwell. 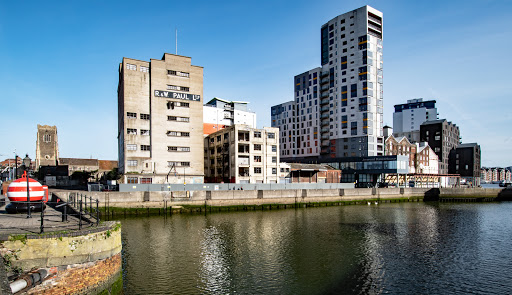 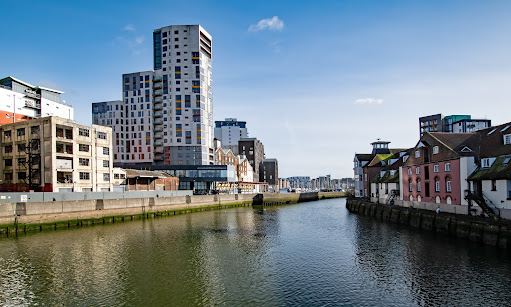 Dance East and the freehold Brewery Tap sit on the site of the once Tolly Cobbold brewery.
The Old Custom House, opened in 1845 is now home to Ipswich Port Authority. 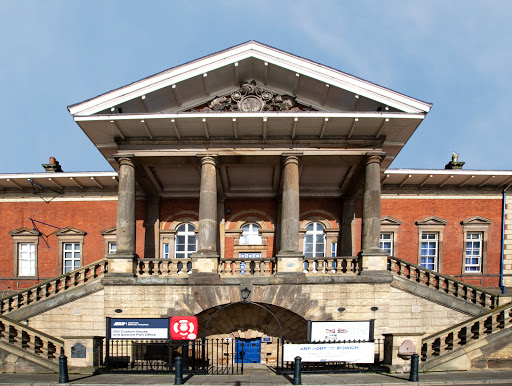 A more modern building is the the University of Suffolk which looks out over the Haven and Neptune Marina. The university was established in 2007 as University Campus Suffolk and was awarded university status in 2016. There are many upmarket apartments leading up to the university. In contrast to theses apartments are some of the colourful student apartments. 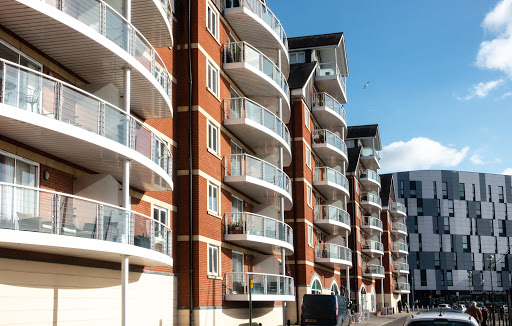 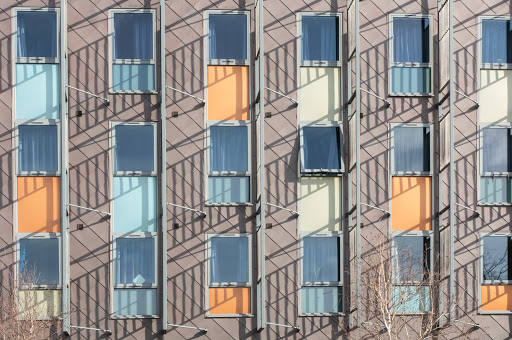 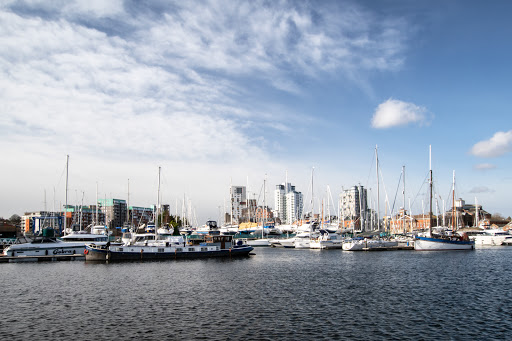 A view over the marina
Although much work has been carried out at the waterfront there is still much to be done including cladding that was dislodged on the Mill Tower during storms in 2013. 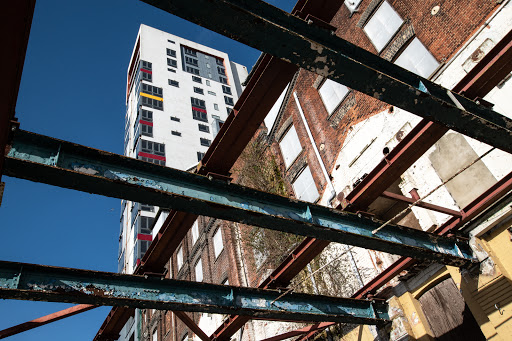 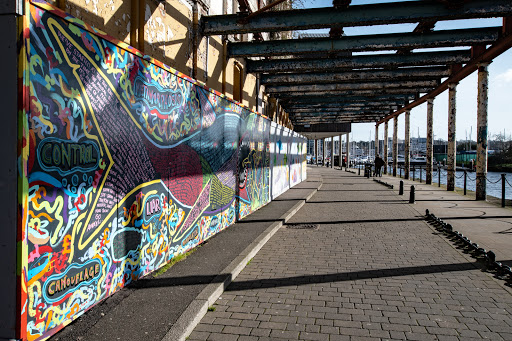 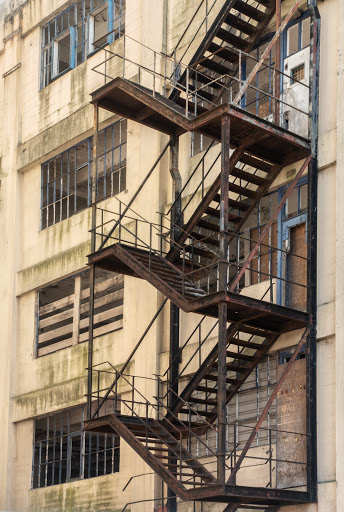 Old steps on the outside of the former Burton's building
Looking at the waterfront buildings from the other side by the road it is possible to see how the old buildings have blended in with the new. 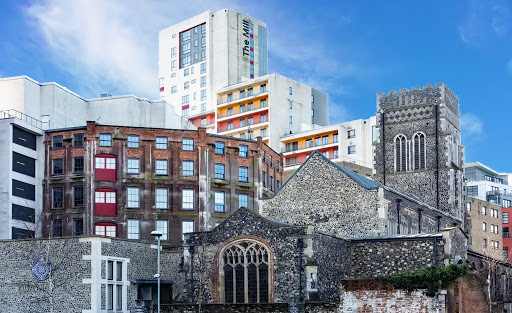