There was a beautiful hoar frost this month. It is the first time I have seen a hoar frost in several years.
A hoar frost occurs after a cold, clear winters night. The frost is formed by the same process that forms dew but the water vapour turns to ice crystals when the temperature is below freezing.
The crystals cling to grass blades, tree branches or leaves.
The word 'hoar' comes from old English and refers to the old age appearance of the frost: the way the crystals look like white hair or a bear
The image on the below is the River Stour at Flatford. An area famously known for Constable paintings, and the next one is from Layham Conservation Area. Directly behind the trees is the River Brett. 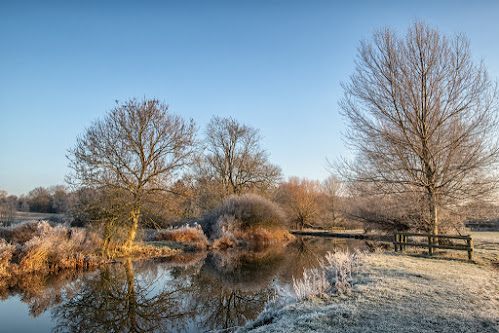 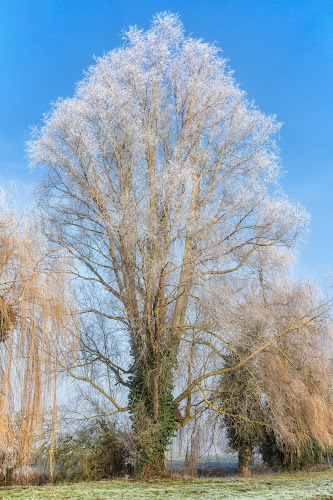 A first for me in January was seeing and being able to photograph Waxwings (Bombycilla garrulus). The Waxwing is a winter visitor from Northern Europe. Numbers vary from year to year depending on the berry crop in Europe. Usually it is several hundred birds but occasionally it is thousands. The birds will remain until their food supply is exhausted. They like to feed on Rowan and Pyracantha berries.

The Stonechat (Saxicola torquata) can be found on heaths, commons and gorse slopes near the coast. The adults are present throughout the year and several tens of thousands of pairs are present. In the right habitat they are easy to find as they perch on the top of gorse and have a harsh, agitated call. 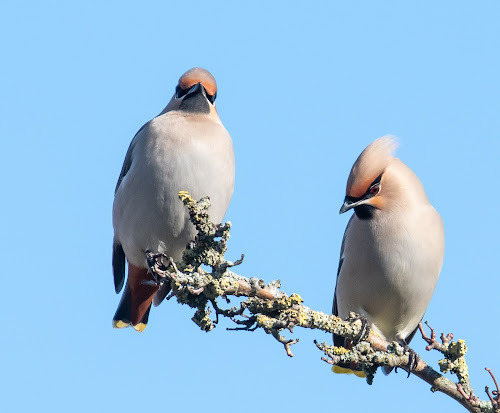 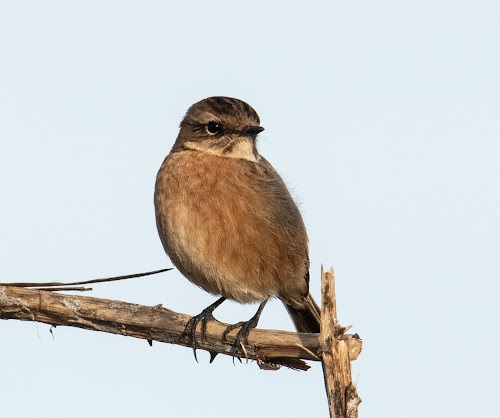