I visited Levington Creek today as the tide was coming in as I wanted to try and photograph some of the wading birds that gather here at this time of year. 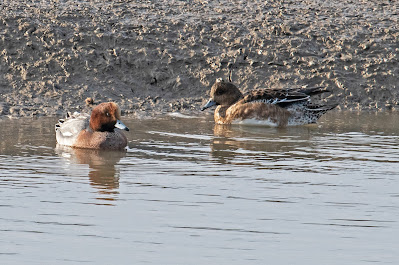 Widgeon
Although Widgeon do breed in the UK in small numbers, they are best known as winter visitors when there can be several hundred thousand of them.  They are usually with us between November and March.  They prefer mudflats and coastal grazing but they can be found on inland wetlands and sometimes feeding on agricultural land. 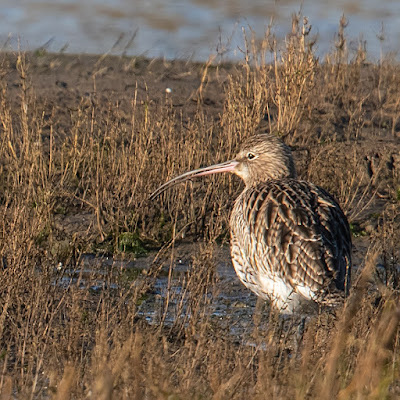 Curlew
I heard the Curlew calling long before I saw it by its evocative call. It is the largest European wading bird, recognisable by its long, downcurved bill, brown upperparts, and long legs. Curlews tend to favour estuary mudflats as a feeding grounds. The number of Curlew in the country increases considerably in the winter  as European Curlew join the residential birds.

Lapwings
While watching the Curlew I heard the call of the Lapwing as a flock flew over on the other side of the bank.  The rounded black and white wings identify them in flight.  Unfortunately Lapwing numbers have dropped alarmingly over recent years. 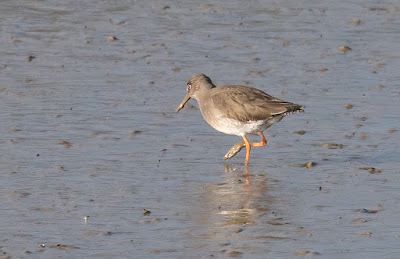 Redshank
There are around 30,000 - 40,000 pairs of breeding Redshank in the UK.  These are mostly in the northern regions and Scotland.  Outside the breeding season there is an influx of birds from Europe boosting the population greatly.  Redshanks tend to be coastal birds but they are happy on estuaries and mudflats. 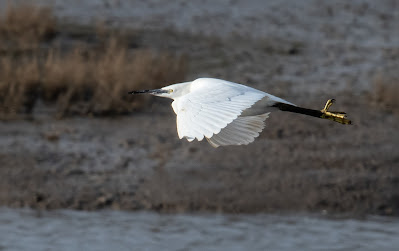 Little Egret
I had seen the Egret earlier on my walk but wasn't able to get a shot.  This time it flew closer and I managed two shots. 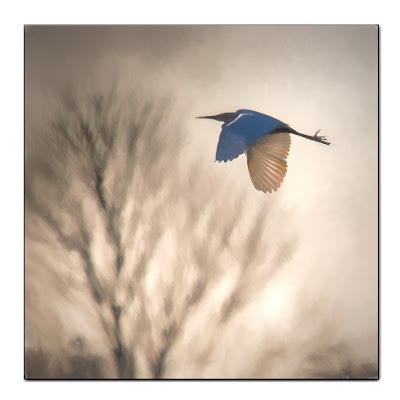 The Little Egret was once classed as a rarity but is now a common sight on estuaries and coastal rivers in southern England, East Anglia and south Wales.  It is also breeding in the region.