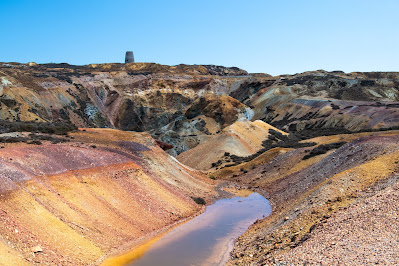 Parys Mountain Copper Mine was the largest of the copper mines in North Wales. Mining was carried out from the 18th century onwards although archaeological evidence shows copper was extracted from Parys Mountain during the bronze age.

Parys Mountain during the 1780's, were the largest copper mines in the world.  The copper was shipped from the port of Almwch to Swansea, where it was smelted and was used to cover the hulls of Nelson's naval ships.

The multi coloured landscape was mesmerizing with its every changing colours as the sun moved in and out of the clouds and we moved around the site. 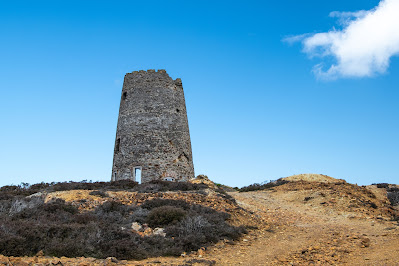 The windmill (which was used for pumping the water from the mines) and the Cornish engine house are two of the well known landmarks and also the precipitation pits. 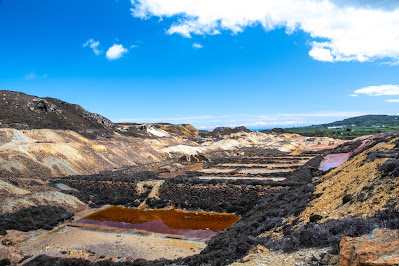 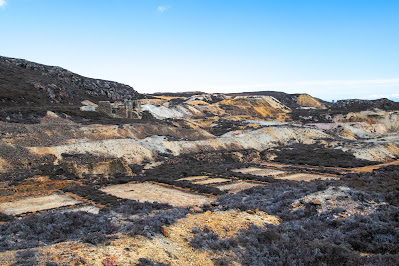 The precipitation pits basically are where the copper is extracted from the iron with the help of sulphurous acid.
In its 'hay day' Parys Mountain would have employed around 1500 people who would have worked in all weathers, both above and below ground, mining and filtering out the iron ore, and all for a penny a day.