A dry day after several days of strong winds and rain meant we were able to go out for a few hours.  I had a new lens that I wanted to try on my camera.  Flatford is close by and so we headed for there.

Flatford is a small hamlet well known for Flatford Mill, Willie Lott's cottage and Bridge cottage which were made famous from paintings by John Constable.

Flatford also has a great little cafe whose flavour of scones changes monthly. 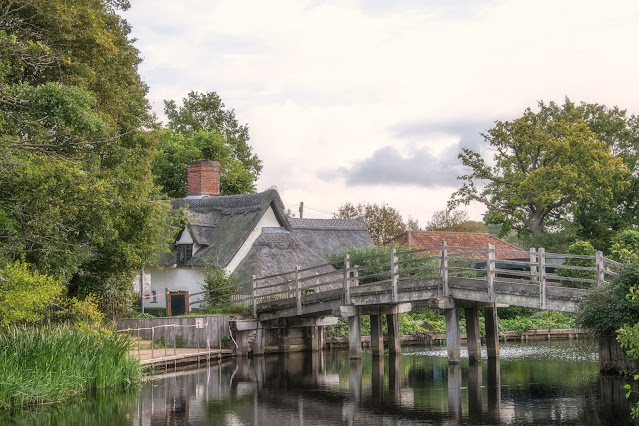 During John Constable's boyhood, the family living in Bridge Cottage were tenants of the Constable family.
Family members collected tolls from the lighters passing through Flatford Lock and may have provided a rest area, beer house and eating place for the families who operated the commercial barge route along the River Stour between Sudbury and Mistley Warf. They cooked their meals on a large central fireplace which can still be seen inside Bridge Cottage today.

Bridge Cottage was constructed as a single dwelling around a timber frame and the gaps between the frame were filled with daub and wattle, a mixture of twigs covered by a plaster made out of mud, straw and animal dung. 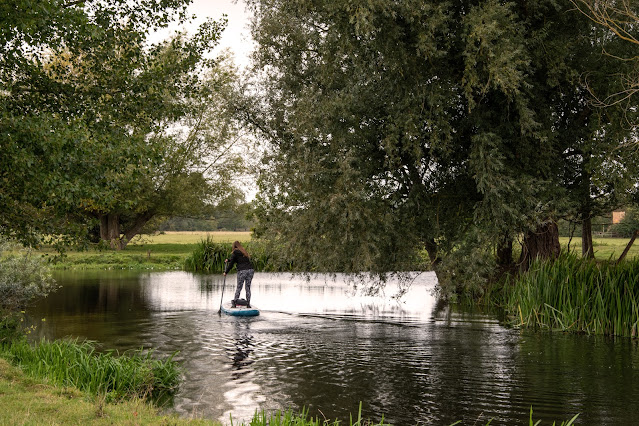 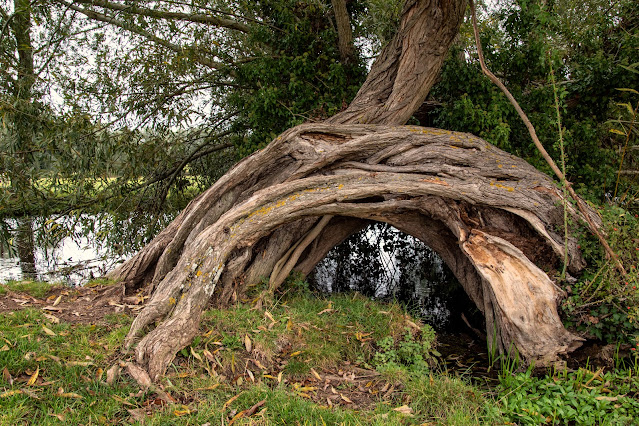 Along the walk there are many strange and weird shaped tree trunks that have fallen over the years. 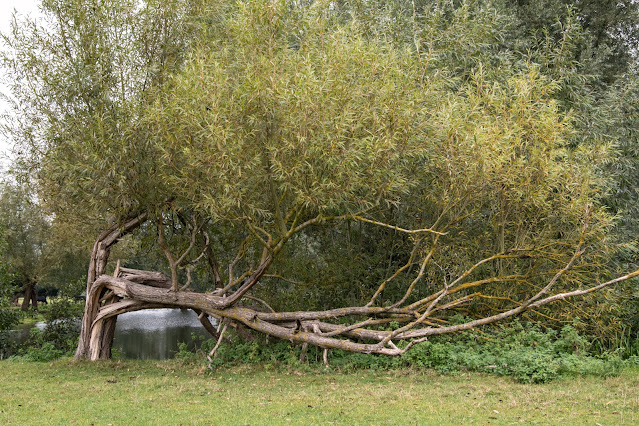 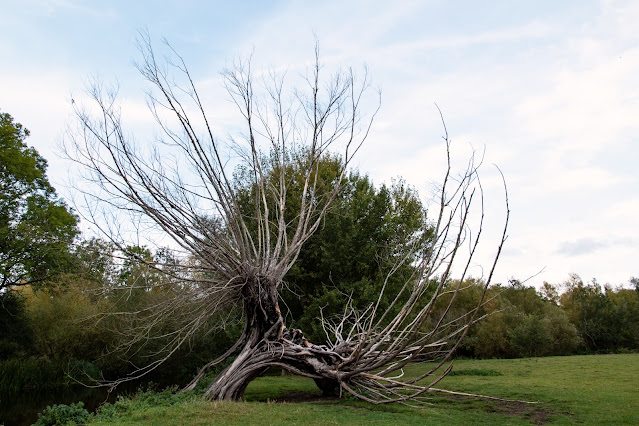 We didn't walk to Dedham, returning to the Flatford cafe for coffee and cakes.  We later took a circle route round a nature trail laid out by the National Trust.  This enabled us to pass Willie Lott's cottage on the way. 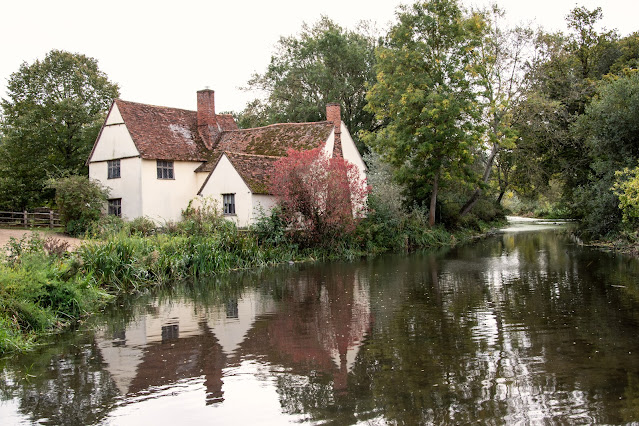 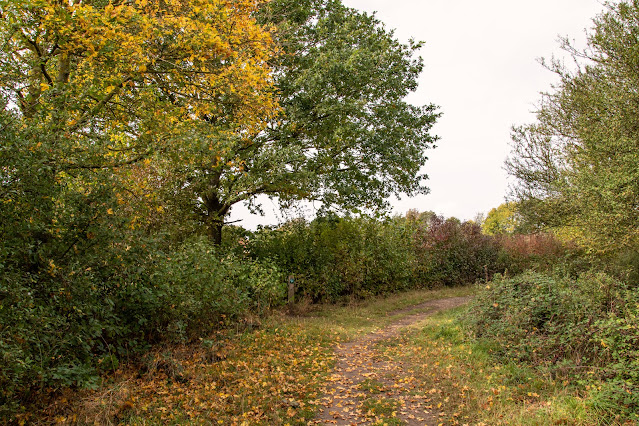 Autumn colours along the nature trail.