Strumpshaw Fen is a RSPB nature reserve on the Norfolk Broads. You can walk through a variety of wetland habitats, meadows, woodland and reed beds. There is much wild life to be seen and on a recent visit I was delighted to get good shots of the Swallowtail butterfly. 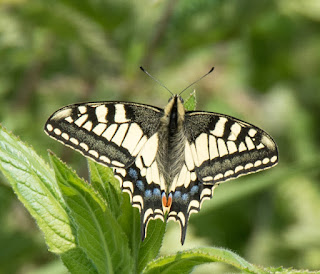 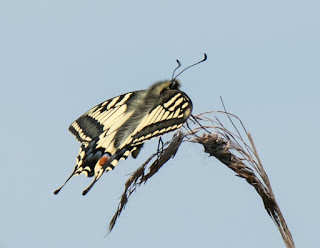 The Eyed Hawk moth (Smerinthus ocellata) is found mostly in the southern half of the UK. It can be seen between May and September in woodlands and gardens. The adult does not feed. If disturbed the moth will fold back its forewings to reveal a pair of hind wings which are decorated with bright blue and black eyes on a pinkish background. 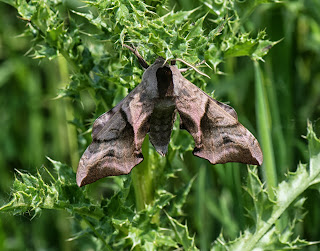 The Brimstone butterfly can be found mainly in southern and central England where Buckthorn grows. It will feed on other nectar flowers in the summer. It is one of our longest living species of butterfly and can be found in most months of the year. They fly during the heat of the day then settle upside down beneath the leaves of shrubs. 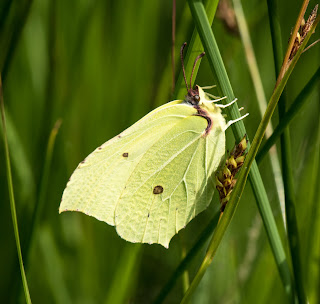 The Norfolk Hawker is a large brown flying hawker found mainly in ditches on growing marshes and fens in the Broads. It relies on clear water and stable water levels. It is a protected species. 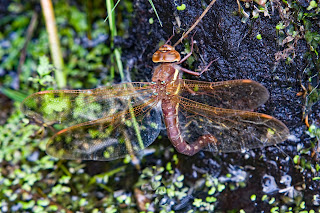 The Broad-bodied Chaser is a medium sized dragonfly seen in early summer in southern Britain. The males are aggressively territorial perching on vegetation between knee and waist height. Their flight is fast and often difficult to follow. They can be found at ponds and small lakes and will quickly colonize new ponds. 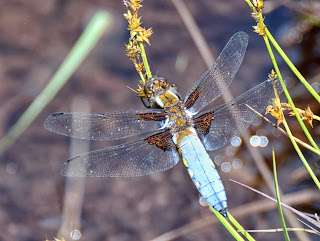