I hadn't realised until recently that there are 46 species of ladybird resident in Britain. Only 26 of these have the spotty, round look that most of us are familiar with. There is the seven spot red with black spots and there are also orange, yellow, brown, black and white and they also come with stripes, patches and streaks.


The seven spot ladybird lays tiny yellow oval shaped eggs near aphid colonies. The eggs hatch into larvae about 1mm in length. It eats up to 60 aphids a day and within a few weeks is 6mm in length. The larvae has a grey/black body with bristles and tufts and yellow patches. It sheds its skin four times as it grows. 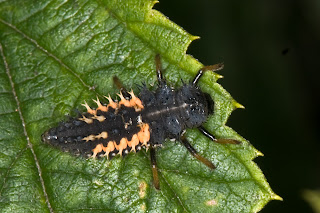 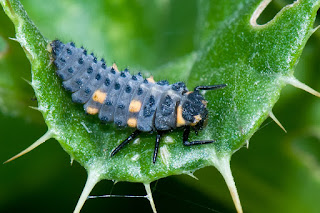 When the larva is fully grown it sticks itself to a leaf (or some other surface) by its tail. It then sheds its larvae skin and becomes a pupa. Within a week or two the new adult finally emerges. The pupa case splits open and the beetle climbs out. At this stage the beetle is a yellow colour. Within hours the first sign of spots will appear and the yellow gradually changes to orange. 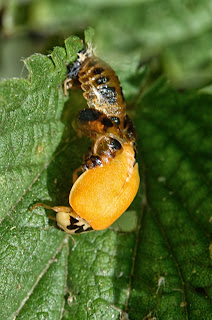 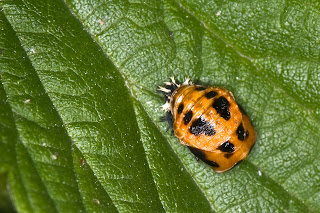 The emerging ladybird quickly goes in search of food and will spend the summer months building up fat reserves. It doesn't breed during this time as its reproductive system needs a cold spell to mature.
The seven spot ladybird will look for a suitable place to spend the winter, crawling under leaf litter or fallen trees. Many of the adults will not survive the winter due to lack of energy reserves or will become host to one of the many parasites. Some also die from fungal infection. 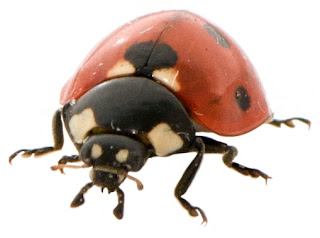 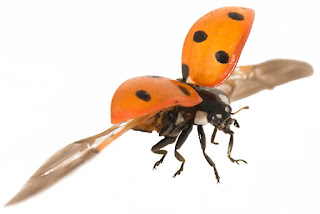 The invasive harlequin ladybird is causing a decline in our British ladybirds. It has a vast appetite which include ladybirds and many insects, and will always be the first to take aphids over any other ladybird. Fortunately the seven spot ladybird is much the same size as the harlequin and prefers to hunt on herbaceous plants rather than trees like the harlequin keeping safe for the moment. 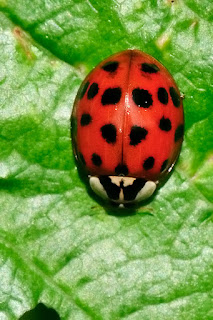 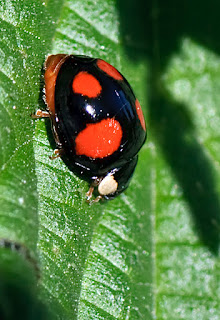 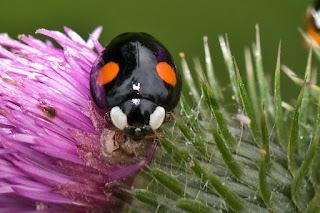 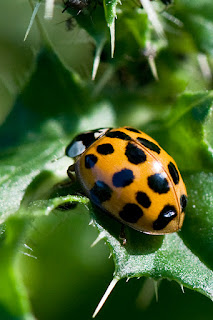 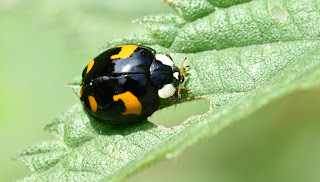 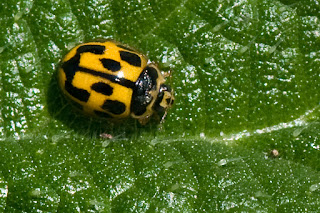 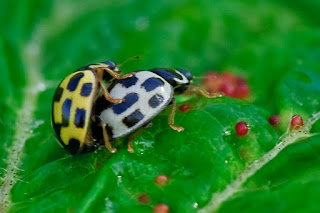 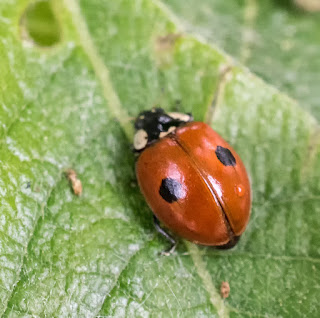 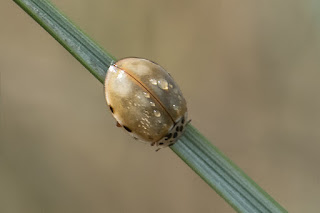 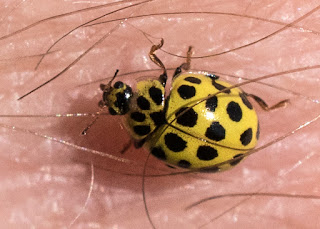 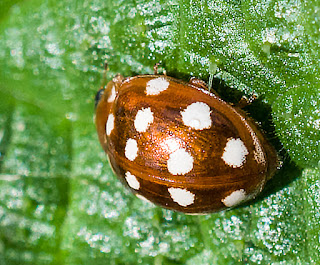